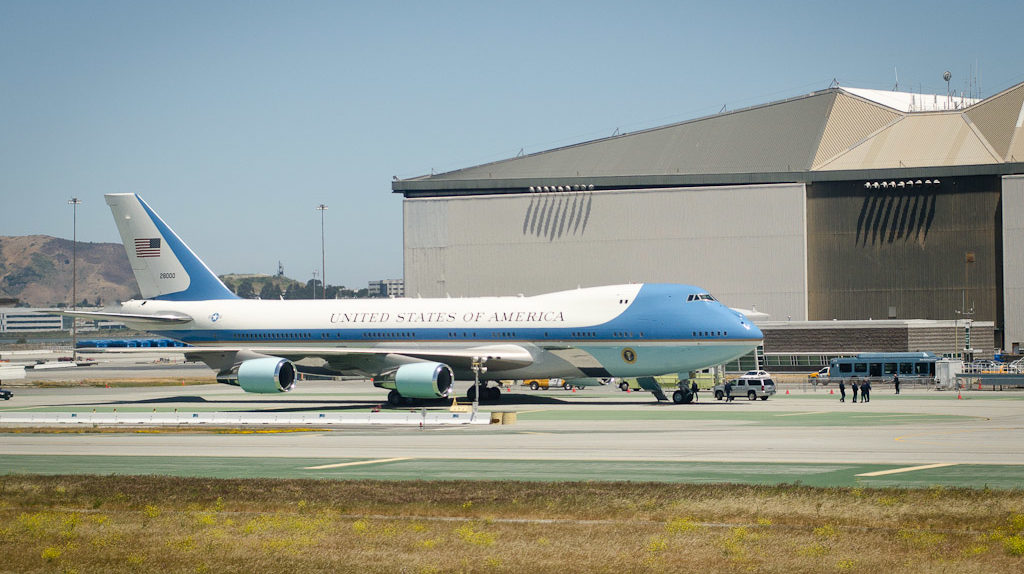 Our flight back from Seoul, South Korea caught one of those super-fast jetstreams. You know, the kind that whisk you to where you are going nearly a full hour ahead of the scheduled arrival time. It was a magical plane ride where — opposed to my track record in such things — I actually fell asleep for a little while and woke up to a typically delicious Singapore Airlines breakfast of fried rice.

It was at this moment of relative airline coach seat bliss, that the pilot came over the speaker to announce that President Obama was in town and his plane was ready to land at SFO.

The next hour was spent watching the live route map on our personal monitors, as the plane made 10 consecutive loops over the Marin Headlands, just north of San Francisco.

Well, I hope you raised a shit ton of money while we sat in the air Mr. President. At least it offered a nice view.