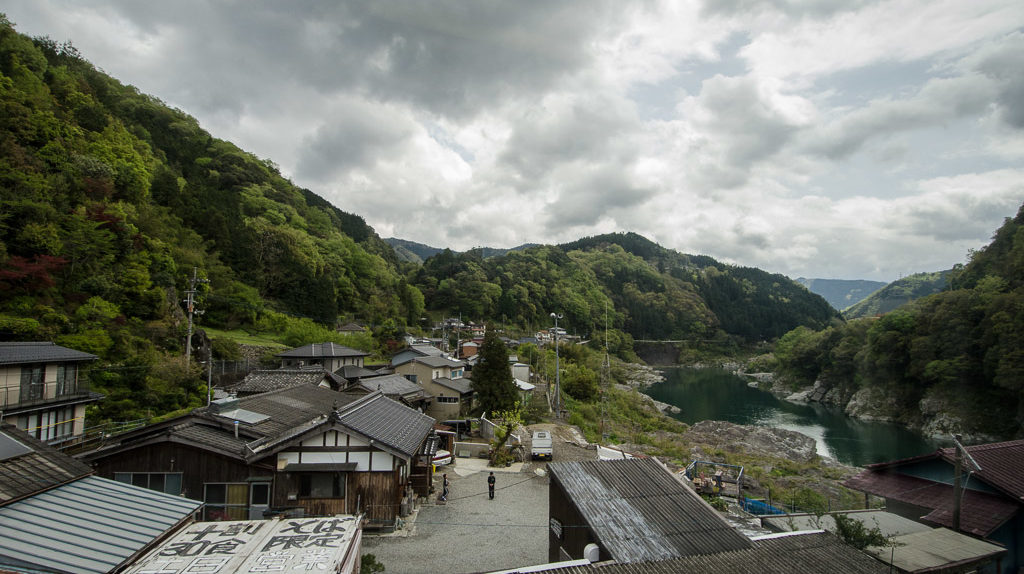 In a rush, I got on the wrong train and happily rode an hour and ten minutes in the opposite direction of where I was supposed to be going.

Fortunately, my schedule was a bit flexible, and even more fortunately, it was a most beautiful train ride from Awa-Ikeda in Shikoku’s central valley area, up the Yoshino River. The small mountain villages here open up in a kind of magical way, as you come out of tunnels and into these grand, forested valleys. It’s an experience you kind of get on the Shinkansen (bullet train) but, you’re always traveling way to fast to take anything in; here, things move a bit slower than a blistering 186 mph. After the mountain views, the train meanders its way down to the coastal city of Kochi — this is where I realized I wasn’t actually supposed to be in a coastal city on the South part of the island.

Well, on account of the error, I was treated to the whole ride over again in the opposite direction until reaching Kotohira. Now I am in the Zentsuji area, staying with a lovely couple near a farm which hosts a yearly “Art on the Rice Field” event. Seems kind of like the Japanese version of Burning Man. An entry and photos from this one are coming soon.

For now, here are some photos from the ride: