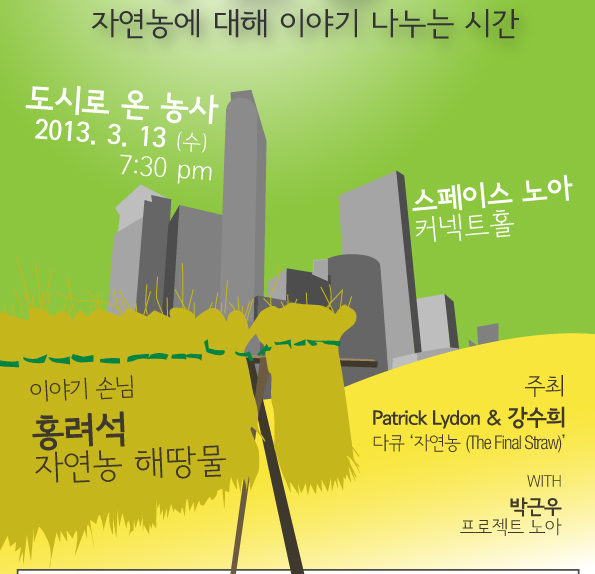 Hmm, ‘lecture concert’ might need some explanation, it was a strange phrase to me when I first heard it used.

As lecture events tend to go here, at least the ones I’ve been associated with, they are rather festive little things with music, food, networking time, etc… it’s really more like a party with a lecture in the middle of it.

So tonight’s event — which will kick off our fundraising for the final leg of the Final Straw film production — will include performances by musician Pang (그냥빵), an introductory talk by Dr. Noah, the showing of some film footage, networking / mingling time, and of course, the keynote lecture by the inspiring natural farmer, Mr. Hong.

Wish us luck! Suhee and I will report back afterwords.