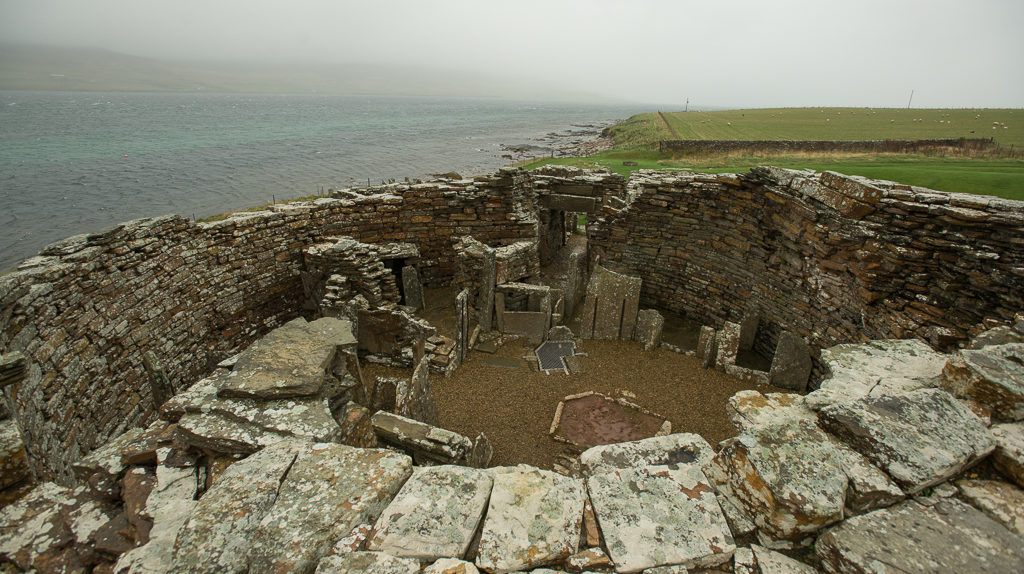 About 300 miles — or thereabouts — south of the Arctic Circle are several Scottish islands called ‘The Orkneys.’ Despite their Northerly latitude, these islands have played host to human settlements for the better part of the last 8,000 years. Our cohort at the Art, Space & Nature program had the opportunity to explore these islands last week, to take in the sites, the stories, the constant wind complimented by always varying levels of rain and sun — apparently Scottish weather doesn’t change too much no matter where you are!

Sitting over top a few-thousand-year-old settlement, time is a hard thing to fathom. Whether it’s a 6,000 year old Neolithic settlement, or a 2,000 year old Iron Age village, that’s just… a really long time. But then again, time is such a limited measurement, and so easily skewed by our own human perception: ‘life’ time, ‘relationship’ time, ‘download’ time. To us, three minutes can seem like an eternity just as easily as hours can seem like nothing.

Out here though, it’s easy to let this concept slip away. It’s almost as if time is some crazy figment of our imagination which holds no sway, as you stand inside these ruins, or on the edge of a massive cliff that makes the ruins look like youngsters.

It’s also a place — like much of Scotland — which very literally forces you into an intimate relationship with the natural environment. And that’s something I really enjoy about Scotland, just as I do about most areas of rural Japan; the connection which people have with the land in these places is strong, and it’s seen in the way they play out their daily lives and in the depth of respect they maintain for their land. A simple stone or a piece of earth means much to the ‘Orcadian,’ as they are called.

A simple thought came to me here, while sitting on a fence post:

is where we must stand

each and every day

Simple, yet maybe it’s the simple things which can get to the root of reality, the root of modern day issues, and the roots from which our future will grow.