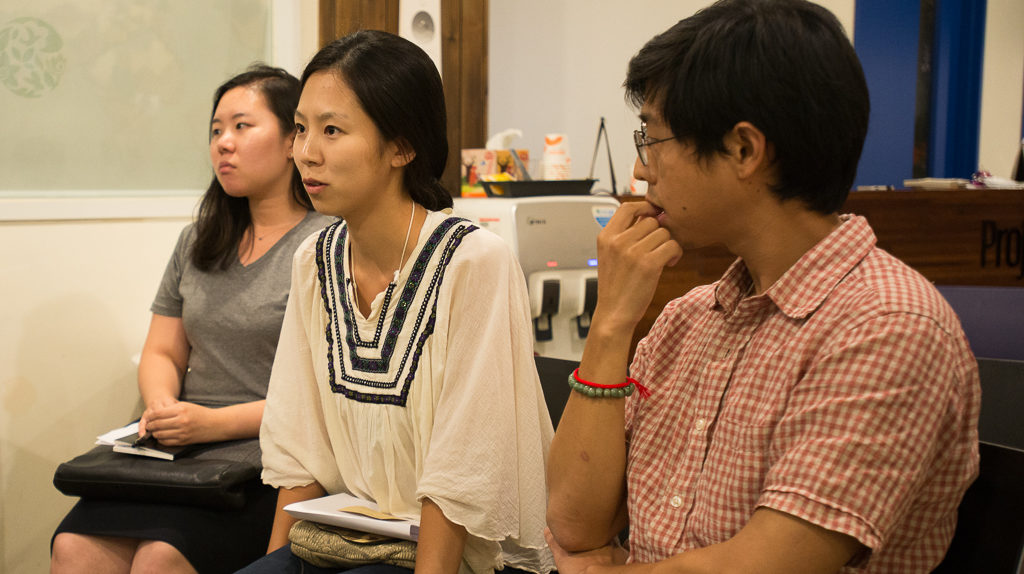 Suhee and I are headed to the San Francisco Bay Area today. In the past two months, we’ve had a great, focused time to work with the film while in residency at Jageun Jip, and in the last ten days, we’ve organized multiple small ‘rough cut’ screenings with varied audiences in Korea, with the purpose of collecting feedback on the Final Straw film. In addition to the feedback itself, we’ve learned a lot about our audience in these weeks. As with many of the characters in the film, they are generally young and often the second generation to grow up in a city, and they have a sense that the lifestyle they were born into is not really all that good for them, for the earth, or for the people around them.

What is surprising is that we have found this description encompasses such a large and growing group of people, spread throughout urban cores and suburban tracts around the developed world, who have realized that there needs to be a tremendous change in the way we live our lives; in our consumption, in the way we produce food and goods, and in the way we treat each other and our planet.

The issue is that most of the people in this group have no idea where to start.

The Final Straw offers a place to start, and the film is just the beginning.

Suhee and I wish to build a place where it is safe to question — at the very root — how we live. A place to see that a new way of doing things is completely within our control.

We plan to host one final ‘rough cut’ screening in the SF Bay Area (time and location TBD) before we finish final soundtrack, color, and editing work in preparation for the film’s public release.

As you know if you’ve been following our journey, Final Straw is about more than just a film. During our time in the U.S., we’ll be looking to start meeting with like-minded organizations, highlighting their efforts and developing our own as we look toward the future.

Hopefully we’ll see you there, somewhere.