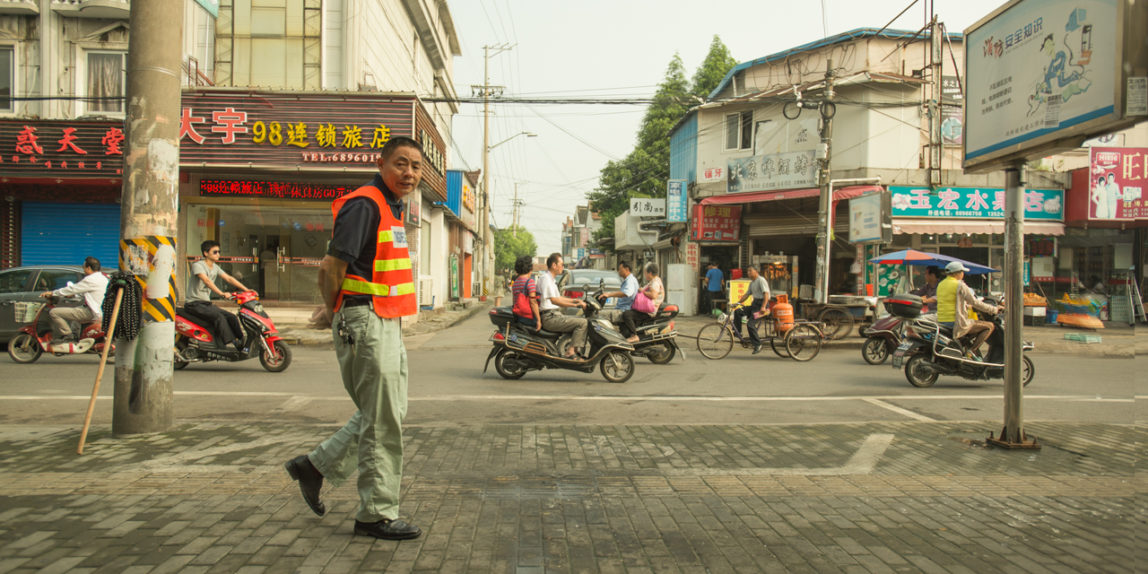 A lot of talk about China in the West is about the polution it spews, about the dirty cities, the un-breathable air.

On a recent visit to Shanghai, however, something astounding stuck out.

The motorcycles, mopeds, and scooters — all of which I imagined would be buzzing about, spouting fumes — were not spouting fumes. Nearly all of the scooters were electric, and silent. They rolled about the streets carrying old women and men, couples, families of three or more, and all with merely a whisper of sound to them.

So much for the massive noise and sound pollution I was expecting. It was eerie.

Certainly, there is something happening here in terms of consciousness of ecological impact, and certainly some government entities in China have been doing work to minimize local pollution and to make the air in cities more healthy.

Of course, electric scooters can only do so much. There is still massive pollution on the whole here. Mostly, we hear, from factories upon factories churning out product after product. Pollution in such huge amounts that dark clouds routinely float over neighboring Korea and Japan, places where the people complain daily about the ‘yellow dust’ coming from China.

Dwell on this one with me for a second.

With the electric scooters and the factories both in mind, one has to ask, where does this pollution really come from?

It’s not the source of pollution generation which is so much debatable, but a place beyond where the physical smoke comes from. That is to say, we have to ask ourselves: where does the demand for cheap products come from?

What crazy market is demanding cheap products which can seemingly only be produced cost-effectively by poorly regulated, ecologically destructive processes?

The Chinese people certainly aren’t (on the whole) buying what they build.

China then, is really only fulfilling demand of Western consumers such as you and me, and we individual consumers are the ultimate causes of pollution, whether it comes from our driving around in big rigs to pick up kids from soccer, or buying loads of cheap electronics, new must-have fads, or other products which we’ll toss out in a few years or less for something newer.

From the perspective of a small street in suburban Shanghai, the Chinese — ranking pretty low on the consumer scale and running their families around on electric scooters — certainly seem more ecologically friendly than most Americans.

It’s difficult — even from the window of a Prius — to shake a fist at the Chinese for their pollution, and not at least give a nod to American consumerism as one of the root causes.