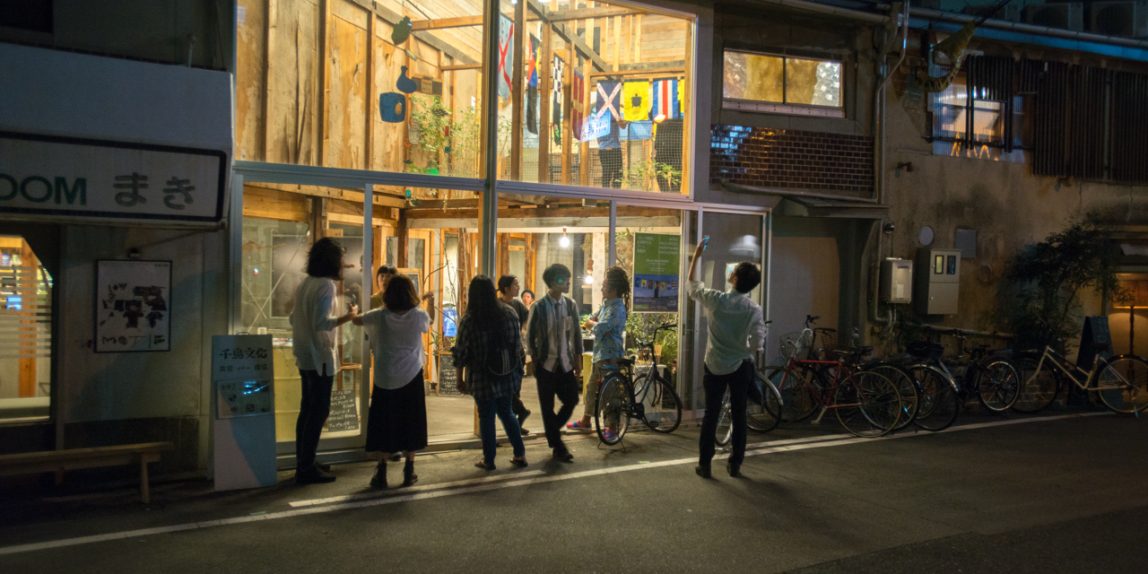 In 2019, I directed an international arts festival featuring interactive, place-based art, workshops, concerts, walks, talks, and storytelling events. Taking place at multiple locations in Osaka’s “Kitakagaya Creative Village,” the City as Nature Festival aimed at cultivating our awareness of urban environmental landscapes. At the core of the festival was a question: how can humanity live, together with this earth instead of against it?

The works here represent nearly every living generation, with participants ranging in age from 5 to 89 years. Their voices consider both human consequences and those of our non-human brothers and sisters – plant, animal, fungi, bacterial – with whom we share this perilous position, as living beings struggling to find our proper place within a living, rapidly changing, earth.

The festival hosted the Japan premiere of “Signaling Water: Multi-Species Migration and Displacement” an international, community-engaged exhibition by American artists Robin Lasser and Marguerite Perret. In addition, we curated a cast of additional thirty creative practitioners from seven countries. They joined over eight-hundred festival attendees to uncover moments and places where humans and our cities are intertwined with the rest of nature.

Further groups of volunteer teachers, community leaders, and academics helped connect the exhibition with the community by co-hosting various public events and workshops.

A limited-edition festival catalog is available from City as Nature

Production: City as Nature and The Branch Osaka
Co-Production & Development Support: The Forum for Radical Imagination on Environmental Cultures (FRIEC) at The Nature of Cities
In-Kind Support: Chishima Foundaton for Creative Osaka