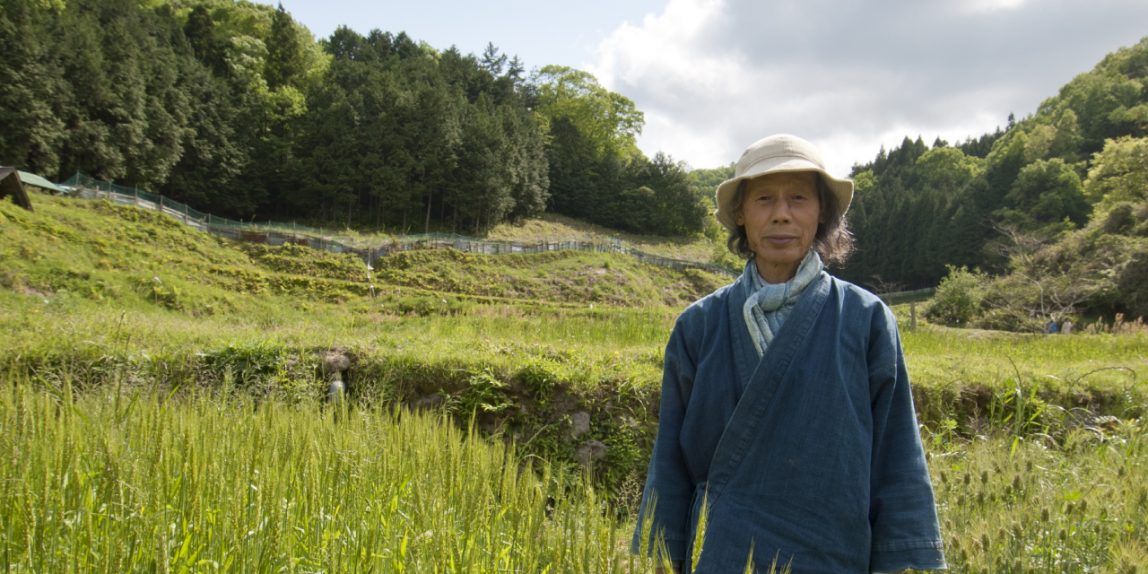 Four years in the making, the documentary film Final Straw: Food, Earth, Happiness, has been screened in over 200 cities around the world, at film festivals, by global NPOs, community groups, and in academic settings. The film is also part of the Global Environmental Justice Collection, a set of 25 documentary films selected by professors at Yale, Whittier, Brandeis, and NYU for use in academic courses on environmental issues.

During the course of its production, the film morphed into a vehicle for community action and saw myself and partner Suhee Kang giving workshops, hosting panel discussions, creating artworks, and launching local agriculture and food-related projects in communities, all of it revolving around the messages in the film.

The idea for the film was birthed in the Winter of 2011, while spending the night in a rustic mountainside ‘hanook’ home on a small South Korean natural farm. Early in the morning, my partner and I walked through the fields and helped spread rye seed, while asking questions on the nature of sustainability to the farmer. What we learned eventually turned into a six year undertaking, traveling through Asia, Europe, and the Western United States while producing, filming, and touring a documentary film.

Real food is in deep trouble, and the way we grow food has become one of the largest threats our environment. Yet for all of the technical, capital-intensive ways we attempt to solve the issue, the world’s small natural farms have held a simple answer for millennia:

grow food with nature instead of against it.

If anything, the above statement is at the root of what we learned in taking to and working with natural farmers, chefs, academics, monks, and other ecologically-minded folks these years.

The secret of this kind of farming is not a method, but a philosophy, and it is largely tucked away on small community farms across the world. We spent years in Japan and Korea to uncover the philosophy of this unique way of producing food in order to do our part to build a bright future for sustainable food.

A breathtaking journey through Japan, Korea, and the United States
that turns our perceptions of food and life upside down
in an amazingly simple and poetic way.

Solutions for our most pressing global issues come from unexpected places in a film that New York Times bestselling author Alicia Bay Laurel calls “beautiful … both art and documentary.”

Inspired by the works of Masanobu Fukuoka, author of the seminal environmental book The One Straw Revolution, the film weaves together meditative landscapes, an eclectic original soundtrack, and inspiring stories from some of the world’s foremost figures in the natural farming movement. Together they give modern-day relevance to age-old ideas about food, environmentalism, and happiness.

You can purchase the film through our distributor, Gumroad with subtitles in the following languages: English // Japanese // Korean // Turkish

In 2015-2016, we undertook a 110-date screening and event tour of Japan and Korea, to much acclaim. This work included the piloting of a community-based restaurant and garden project called REALtimeFOOD, which gained considerable attention and has since been replicated and produced by multiple community and nonprofit organizations.

The film’s grassroots popularity doesn’t seem to be slowing down. It’s been translated into seven languages (English, Korean, Japanese, French, Vietnamese, Chinese, Turkish, with others in progress) and continues to enjoy community screenings and events held regularly around the world.

In March 2018, the directors continue their work by opening The Branch, an environmental art and media lab and natural farm in Osaka, Japan that was inspired by the characters in the documentary film. They continue to work in collaboration with natural farmers around the world.

The Full Film (74 min) can be purchased through our distributor Gumroad.

We’ve also worked to produce a special 20-minute version of the film, which you can watch for free at the City as Nature YouTube channel, and at Films for Action.