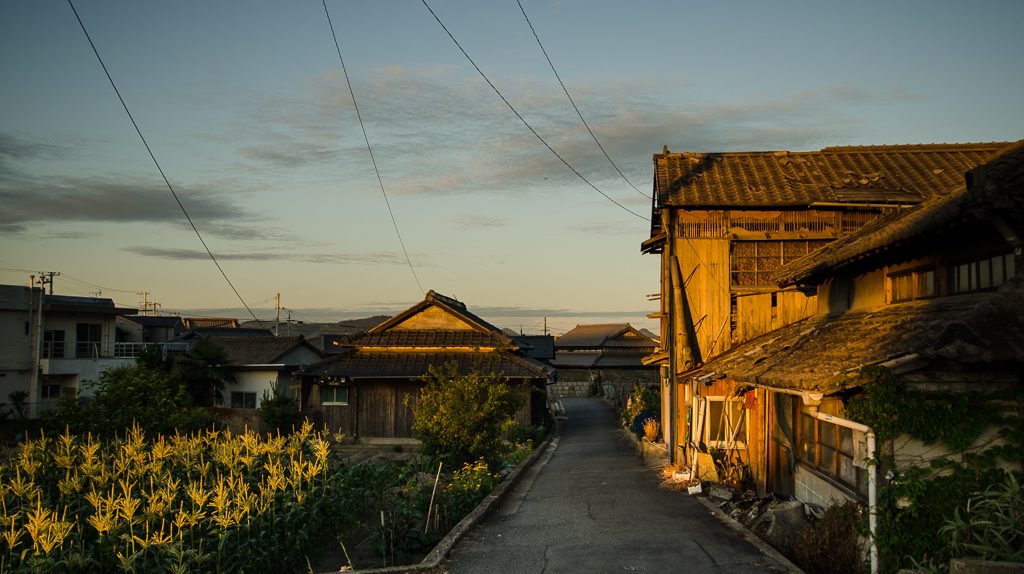 Two Islands is a two-channel film and sound installation; a study and dialogue between two small island communities, one in Scotland’s Outer Hebrides, and one in Japan’s Seto Inland Sea.

During the Summer of 2013, myself and fellow cultural-ecological artist Flavia Salvador worked individually as embedded artist/researchers within small island communities in Japan and Scotland, respectively. During this field study, we worked with community members to explore ideas of connection in community, identity, and nature within an interdisciplinary framework.

Two Islands is the result of collaboratively furthering this work as film-based installation, creating a narrative both within these communities, and across their borders.

This project was supported by grants from the CORE research group at Edinburgh College of Art, and from Aichi University of the Arts, with further logistical support from the Setouchi International Triennale.